A Brief History Of Hemp

No other plant has propelled human history forward more so than the hemp plant.

“Hemp is of first necessity to the wealth and protection of the country.” – Thomas Jefferson

For the past 10,000 years, humans have lived alongside hemp. It’s hard to imagine another plant with as long of a history humankind has had with hemp. One could even argue that no other plant has propelled human history forward more so than the hemp plant. Our deep reverence for the natural world is commonly reserved for our relationship with animals, especially for those whom we hold a close kinship with, like working dogs and horses. We often feel little connection with plants. But once you discover hemp’s incredible role in shaping human history, you may feel a stronger connection with the bountiful plant.

Hemp and the Agricultural Revolution

The archeological discovery in modern-day Taiwan of an ancient pot made with hemp cord dating back to 8,000 BCE has pinpointed hemp as one of the first and oldest known agricultural crops. For perspective, human’s close relationship with hemp spans as far back as our relationship with dogs. One theory is that dogs were first domesticated by humans at the dawn of the Agricultural Revolution, around 10,000 years ago, when wolves began to scavenge the scrap heaps among the crops and human settlements. Likely, some of the first crops that enticed the wild dogs to cross the threshold between man and beast were those of hemp. The history of man’s best friend and nature’s greatest gift to man— hemp— are inextricably tied together.

The popular American astronomer and science writer Carl Sagan proposed in his book The Dragons of Eden: Speculations on the Origins of Human Intelligence that the human cultivation of Cannabis sativa, the scientific name for the hemp plant, led to the development of our civilization. That’s right; hemp cultivation may be the single most important contributor in advancing human civilizations— an amazing fact, indeed!

For millennia hemp has gifted us with its industrious fruits, helping ancient civilizations flourish into bustling, modern societies.

Throughout its long history, hemp has been used for food, medicine, religious ceremonies, textiles, paper, clothing, shoes, rope, jewelry, insulation, building material, biofuel, and as a water and soil purifier, among its many other uses.

The Dark Days of Hemp

For such an extraordinary plant, the story of hemp hasn’t always been a pleasant one— most notably during the last century. At the hands of a few influential businessmen and politicians in the early 20th century, hemp was quickly transformed from one of the United States’ most lucrative and useful crops into the “devil’s weed” after the 1937 Marijuana Tax Act was enacted, which effectively killed the hemp industry. In an effort to protect and promote their self-interests, the actions of a few (William Randolph Hearst, Andrew Mellon, and the DuPont family are some names you may recognize), became the unfortunate catalyst for over half a century’s worth of widespread prejudice, mass incarceration, and the sustained vilification of a once-revered plant. After hemp’s sudden public perception shift, the plant fell out of favor for decades due to the laws that barred its cultivation and the stilted attitudes that kept it demonized and destined to live in the shadows. The fact that hemp was once an agricultural and economic cornerstone of American society, sadly, became almost entirely forgotten.

Thankfully, due to recent changing attitudes, updated laws, and discoveries on its potential to improve human health and solve some of the world’s most vexing environmental issues—hemp is back— in a big way.

Hemp has played a key role in many of history’s most important moments:

Hemp and the Human Condition

After 10,000 years of living with hemp, it is safe to say that the plant has earned its way back as a hard-working servant to people all over the world. Whether it’s used to induce creativity, for medicinal purposes, or to help combat the environmental effects of a changing climate, one fact cannot be refuted— hemp and humankind continue to maintain a unique connection. In 1992, scientists discovered that humans contain receptors spread throughout the brain and body that interact perfectly with the cannabinoids contained within hemp, like a “lock and key” system. Nature’s perfect design has allowed humankind to experience the gifts of hemp for thousands of years. We’ve relied on the plant to feed, clothe, heal, and expand our understanding, and its gifts continue to grow as we discover new applications and uses for hemp. Just as man’s best friend moved from the caves into our family rooms, hemp has rightfully earned a trusted place into our collective hearts and homes. 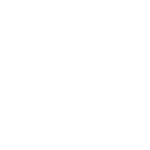